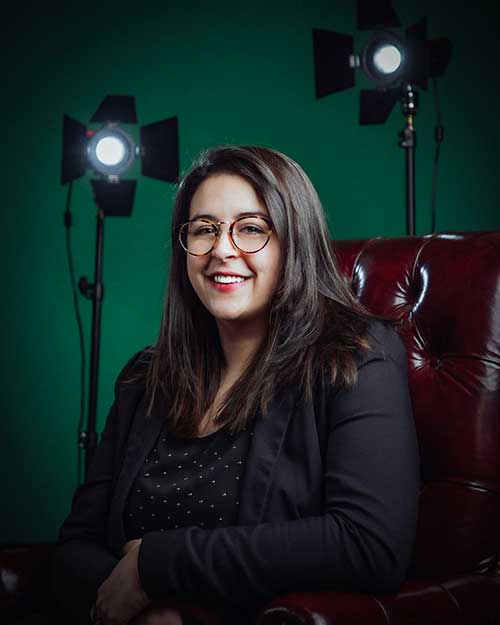 Caileigh was born in Washington, D.C. and grew up in Northern Virginia. She lived in the same city in NoVA with her younger twin brothers and parents for most of her life. ln 2012, she graduated high school and decided to leave her hometown to attend Hollins University in Roanoke, VA. She arrived in Roanoke not really knowing anything about her future and the direction it was going. She had so many interests and was having trouble narrowing it down, and finding her “calling”. She also was also having trouble getting by without her family’s cooking – she was especially missing her grandfather’s famous asados. Food was always a very important part of family get-togethers. It was only slightly overshadowed by a little competition. Her Argentine family is split between Virginia and Michigan, and she looks forward to their Bravo Family Reunions where one state will claim the almighty “Bravo Cup”. She has learned so many things from her extended family, being competitive enough to win back the Bravo Cup being one, but also how to make a name for yourself. Her father moved to the United States when he was five with his older brother and parents. While her father doesn’t remember much about the big move, it was incredibly hard for her grandparents to move away from Argentina, a country they lived in their entire lives. They had to leave their family and friends behind to start a new life. Between Caileigh’s dad and her mother who was incredibly successful as an artist, Director of Sales at the Willard Hotel, and photographer – she had plenty of inspiration to draw from. Her parents taught her how to be a hard worker and how it’s okay to be constantly reinventing yourself. You can never stop learning, growing, and finding new things to love. For example, when she was little, Caileigh’s answer when people asked what she wanted to be when she grew up was a forensic pathologist. That was eventually replaced by novelist, journalist, lawyer, director, and eventually landed gracefully at photographer and video editor. Those two professions had never crossed her mind until she arrived at Hollins. She enrolled in a film class for fun, wanting to have a break between biology and calculus classes, and everything changed. Video editing became her new passion. And that love was further embedded when the opportunity came up to intern with Richard and Amy in 2012. All of a sudden, she had a new focus. The next semester, she enrolled in a film photography course and the rest is history. Unlike the other careers that passed quickly through her life, photography and video editing have remained steadfast. After graduating with a degree in Film Production (and somehow a minor in math), she started her career editing commercials for a small company in Roanoke. She’s worked with Virginia Tech Moss Arts Center and many Senior Living communities on the East Coast as well as local businesses. Caileigh continued to keep up her skills by photographing weddings and scheduling portrait sessions on the side. In March of 2020, Caileigh started working full-time with Boyd Pearman Photography. She’s so excited to continue to fine-tune her craft and learn from two people she has considered role models and a constant source of inspiration since 2012. She loves photographing people. She strives to make people comfortable in front of the camera, and make sure to capture their personality on screen. In addition, she hopes to continue crafting videos with her editing training and experience. It’s such a creative thing; producing a dynamic video that is interesting and visual but gets the idea across clearly. She was taught in her digital editing course at the New York Film Academy that if you give the same footage to 10 different people and ask them to edit something together, you will get 10 completely different finished products. There are so many ways to tell the same story; she loves working with graphics, music, and other visual/audio aids to create a product that showcases her individual talent and unique voice. If she had a chance to tell her younger self during those first few months at Hollins, that everything she would experience in the next 8 years – both good and bad – would bring her to Boyd Pearman, she would have saved herself from a lot of sleepless nights. When Caileigh isn’t at the studio, you can find her trying out a new restaurant, assisting her friends at trivia night by offering moral support, at the movies, visiting her extended family in NoVA or Michigan, biking on the greenway, trying out a new recipe at home, or spending time with her rescue cats – 2 x 4 and Monkey Wrench.